The story of Jonah is propelled forward, we learn, because Calamity looms over Nineveh. We don’t know what kind of calamity it would look like, all we know is that there is pending consequences for the Assyrian empire.

And Jonah is told by God to walk headlong into this situation, “to go and proclaim to, rather than against, the city” about what is about to happen.

This is significant. It is also significant, I think, that the first and only time a biblical prophet is asked by God to go into a non-Jewish city and give it a message from the Lord.

Do you see how dicey this situation is?

Jonah is like Frodo, in the Lord of the Rings, being asked to walk into Mordor. A city that is not only violent and terrifying, but is the city that has captured and killed his friends and family.

And yet, there’s a twist, making it even worse in a way – or at least harder – and that is Jonah isn’t walking into Nineveh to destroy it the way Frodo does with the One ring, instead Jonah is walking into that empire to tell it to turn from its oppressive ways so that it might be saved.

It’s hard to imagine Sauron repenting at words of warning given to him by Frodo. I’ve got little doubt Jonah must have felt the same hopelessness at the situation.

And so my questions this morning are: “How do we respond when calamity looms” and “What saves us from calamity?”

This has me thinking a lot about what we do when we are asked to do something really hard the way Jonah or Frodo is asked to do the impossible. What does it look like to do something that goes against the grain of our own prejudice, personality, or even our own moral beliefs?

Remember, Jonah would have most likely been labelled a traitor by those at home. Have you ever been called to do something like this?

Here is a short-story from Snap Judgement, I heard that I believe connects to what is happening in Jonah’s story.

What I love about this story. It messes with our prejudices and it reveals that in the midst of a terribly anxious situation, calamity can be averted.

Distance and Pursuit / Fight or Flight

Q: What are the two typical responses to an intense situations? Fight or flight.

Another way to talk about this is distancing and pursuing.

A pursuer is someone who, sensing there is something wrong or unresolved, pushes in to the other person.  They lean into the problem. You might think of the experience of having a wound in your arm and begging the person inspecting it to not touch and instead of listening they press in on the wound. A pursuer is someone who won’t let it go. They have trouble letting sleeping dogs lie.

A distancer is a person or even a whole community or organization, who withdrawals when there is conflict. These individuals pull away, isolate, rather than remain engaged. A distancer distances in all kinds of ways: emotionally, sexually, and physically. Think of the many ways one can distance physically, by completely disengaging, moving sometimes across the country, or getting on a ship and sailing to Tarshish.

Pursuers and Distancers are often just trying to be helpful. As a pursuer, I think if I can just talk it out a little more I can “fix” it, or maybe if I try harder I can bring them to my side. This person may have grown up needing to pursue parental love. As a distancer, I think maybe I’m the problem and if I remove myself, things will be better for everyone else. Maybe I can communicate that I am hurt or even punish the other person by my silence. This person may have grown up, feeling like they were the cause to familial problems.

The story of Jonah is instructive here because Jonah was himself a distancer.

And what is really interesting is that God doesn’t exactly pursue Jonah, does he?  In the Godly Play story about Jonah, “Jonah: The Backward Prophet” it says that Jonah was “neither very close to, nor very far away from God.” By neither distancing or pursuing, God provides a space, a container for Jonah to reflect, he is able to take a few breathes, and change course with better footing. 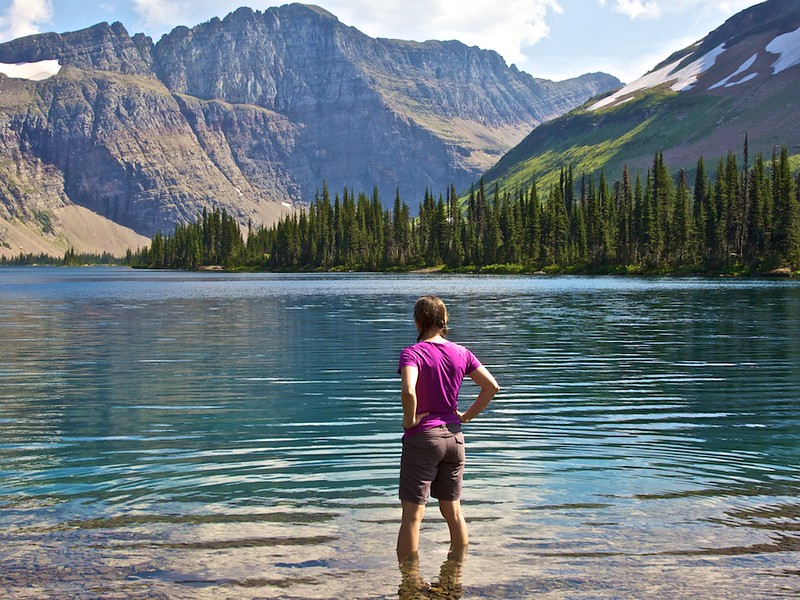 When it comes to these tense moments pregnant with both conflict and possibility, I like to envision myself standing in the middle of a river. All that pressure of water pouring against my body is like Jonah’s internal state forcing him to distance, to flee, to disengage from the challenge. The water pushing against the body are all the commands, all the training, all the other soldiers telling Lt. Col. Petrov what must be done.

The challenge of course in both moments is to not to just give in and go with the flow, but instead to remain standing still. To wait and take a breath.

When it comes to Calamity, a lot might be diverted, even reversed if we are able to non-anxiously respond to the situation, rather than feeling the need to defend, attack or be right.

The Place Where We Are Right

From the place where we are right
flowers will never grow
in the Spring.

The place where we are right
is hard and trampled
like a yard.

But doubts and loves
dig up the world
like a mole, a plough.
And a whisper will be heard in the place
where the ruined
house once stood.

We cannot be agents of generosity, agents of transformation, or presence and certainly not agents of love if we will only do it from a “place where we are right.”

So long as Jonah is operating from a place where he is right, he is on a boat his way to Tarshish.

Jonah was, in his mind right about Nineveh.

But it was in the belly of the whale where doubt began to rise up.

And once that doubt began to dig up his world, he had already begun to turn in new and more faithful direction. He was already beginning to move towards Nineveh.

But if we allow ourselves to be held in the belly of the whale, if we can pause just long enough that doubt and love can arise, we might begin to find ourselves whispering a word that will get heard.

Prayer – “But with the voice of thanksgiving will sacrifice to you; what I have vowed I will pay. Deliverance belongs to the Lord.”