Rodney King & The Images of (In)justice 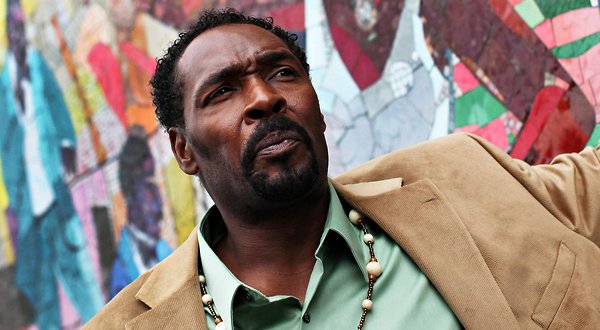 We just learned today that Rodney King was found dead at the bottom of his swimming pool on father’s day. King, who himself was a father, is a tragic figure in the landscape of recent American culture. He struggled with addiction, never fully healed from the beatings he received that fateful day, and wrestled with what it meant to be thrust into such a public role that he had not planned or desired.

As the NY Times reports:

“People look at me like I should have been like Malcolm X or Martin Luther King or Rosa Parks,” he told The Los Angeles Times in April. “I should have seen life like that and stay out of trouble, and don’t do this and don’t do that. But it’s hard to live up to some people’s expectations.”

And yet, he is remembered for forcing America to finally SEE the brutality that the black community had been living with for generations.

On Sunday, the Rev. Al Sharpton, said in a statement, “History will record that it was Rodney King’s beating and his actions that made America deal with the excessive misconduct of law enforcement.”

For some, King was a hero and an icon, the image of police brutality across this country, but especially in Los Angeles, and the continued structural oppression of the black community. For others, he was a victim, not a hero. Someone who got caught in the cross-fire of high-powered Civil Right lawyers and the political backlash that comes from these kinds of racial outburst. Surely, others saw him in even less-favorable light. It was well-known that King was not an innocent martyr of civil rights. The day he was mercilessly beaten, he was caught after fleeing the police. And yet, in a way, this made him an even more sympathetic character. He was just a normal guy, not unlike many Americans.

For me, I was 13 when I saw the home-recording, a precursor to YouTube reporting, of King played over and over again on the evening news. I don’t remember what my parents said, I don’t remember what the commentators said, I barely remember whether the whole thing was put in a positive or negative light, but I do remember the images. And those images of that man laying there, beaten by a group of angry white police officers, blow after merciless blow will always stay with me. It was clear in my mind who was in the wrong, no matter what King was guilty of.

The Rodney King beating in 1991 reminds us if you want to bring about change in society, you can just talk about, you can’t just write long academic treatise about, you have to change how people view the situation. Images play a powerful role in our culture today, and they surely can cut two ways. But I’m convinced that if we are to find justice and reconciliation when it comes to humans rights, whether in race relations, gay rights, or ending poverty, the way to do it is through the power of story and image.

I know it had a profound impact on me.

And in light of the recent killing of the young black teen, Trayvon Martin, we are again reminded that we have a long way still to go in changing how we SEE others.

King’s haunting question still remains: “Can we all get along?”